Perry Piccolo was a rich kid who led a very nice comfortable life, protected from most of the bad stuff in the world. One day, Perry went to the movies to see a film held been dying to see. The problem was that he arrived a bit late just as the last ticket was being sold to a very poor looking boy. The boy had been saving for weeks to buy this ticket Realising there was no ticket left for himself, Perry was furious, and started shouting and protesting, demanding that the boy hand his over.

“But why should I give you my ticket? I arrived before you did and I’ve paid for it”, said the boy.

“Because I’m more important than you! Look at me! I’m rich and you are poor. Don’t you see?”, Perry replied.

At that moment, a very distinguished looking man came over to Perry and offered him a ticket, saying, “Of course, my boy. You have more of a right than him to see this movie”.

Then Perry, in the most showy and superior way, walked off from the boy and entered the cinema. When he got inside the auditorium, Perry looked around and was pleased to see that the place was filled with other rich children like himself. He made his way to a seat. However, as soon as Perry sat down, he vanished and was somehow teleported onto the cinema screen.

He realised he had turned into a movie character, playing the central role in many stories. And in all those stories Perry started out with a lot of bad luck couple of times his parents disappeared, other times the house burned down and he lost all his money.

In some stories he had to travel to countries where he didn’t understand the language, in others he had to work straight from childhood, to help support all his brothers and sisters. Sometimes he found himself in a situation where everyone treated him like a fool, or like someone who had no feelings…

In all these stories, Perry had to struggle terribly to survive and overcome his difficulties. He managed this, even though few people would have given him a hope. All the stories had a happy ending, in which a wise, fortunate, rich, and mysterious character would help Perry to fulfil his dreams.

When all this came to an end, Perry found himself back in his seat, feeling pretty shocked. He realised that in real life he had always been fortunate, and had never helped anyone to have a happy ending of their own. He felt terrible, and spent a long time in that seat, crying.

Finally, an enormous smile broke over his face, and he left the cinema, almost dancing. He was happy because now he knew what he was going to do with his life. He was going to be that helpful person who comes to the aid of less fortunate people. He would be a maker of happy endings! 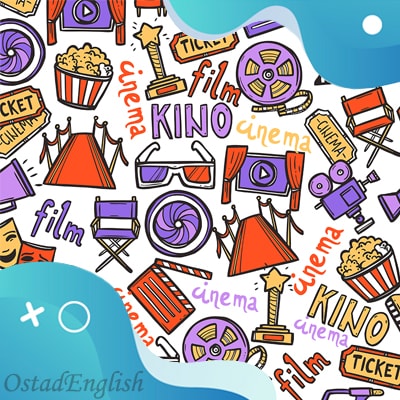