In Chipper Jungle, everything was peaceful and happy until Jemima turned up. Jemima was an extremely tall giraffe, with a long bendy neck like some rubber plant. She got on everyone’s nerves because she was just the nosiest and most gossipy animal anyone had ever known. What made it worse was that, thanks to her height and her long bendy neck, there was no den or nest beyond her reach. There she’d be, always sticking her head in.

She observed everything, and made sure everyone knew what was going on. This annoyed so many animals that they had a meeting and decided to teach her a lesson.

At that time Big Bongo, the most important of all the monkeys, decided to move to an old abandoned den, and he did the place up until it was the cosiest home in the whole jungle. Jemima couldn’t help her curiosity, and one night she tiptoed over there and approached the bedroom window. The window was open and she stuck her head inside. She was just on time to see Big Bongo leaving the bedroom. So, Jemima pushed her neck further in so that she could follow him to the next room. It was dark inside and she couldn’t see very well, but she followed him down a corridor, and then into another bedroom, and then another…

Until at last Jemima couldn’t follow him any more. She had run out of neck. Big Bongo had ran all around his house
and now Jemima’s neck was in one enormous tangle.

Then all the other animals, who were in on the trick, came over to the house to let Jemima know what they thought of her irritating nosiness. She felt so embarrassed that she decided from then on that she would use her long neck for more constructive tasks than poking into the lives of others. 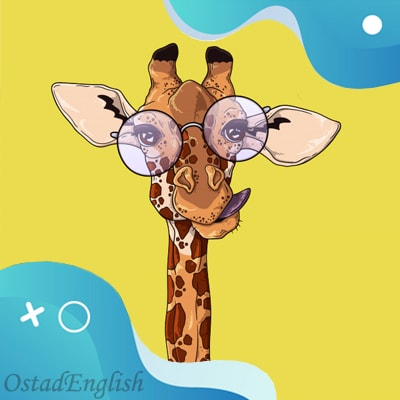