Once upon a time there was a little glutton who only ate sweets and candy. One day,in an antique shop he found an old magnifying glass. He liked it very much, and his parents bought it for him. He was so happy with his magnifying glass! As soon as he could, he used it to look at a little ant. It was great! The ant looked so big. But then a strange thing happened. When he took the magnifying glass away, the ant stayed the same size it had appeared through the glass.

Very surprised, the boy kept experimenting, and he found that anything he looked at through the magnifying glass would get bigger, and stay that way.

Suddenly, he realised how he could best use this special ability, and he ran home. At home he took all the candies and sweets, and he made them gigantic with his magnifying glass. Then he completely stuffed himself with them, until he could eat nothing more. However, the next morning he woke up totally swollen, a bit purple, and with a huge bellyache. When the doctor came to see him, he said it was the worst case of upset tummy he had ever seen. Night and day, the little glutton suffered so much that for a long time he didn’t want to hear mention of large amounts of food. His parents were happy about this.

And so it was that the little glutton learned that even with the best things in life, if you have too many of them, you will end up feeling ill. He decided to keep the magnifying glass in a box until he found something that would really be worth making bigger. 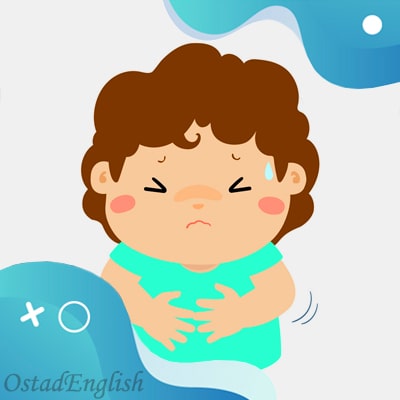