There was once a clown named Lemon. He was a lot of fun, but also very careless. Whenever he did anything, he almost always ended up tearing his jacket, getting a hole in his sock, or ripping the knee of his trousers. Everyone said he should take more care, but Lemon found that really boring. So, one day, he had the happy idea of buying himself a sewing machine. This machine was so fantastic that it sewed everything up within a moment. It seemed like Lemon wouldn’t have to worry about his things anymore.

Soon, the most important day in Lemon’s life arrived. It was the day when everyone in town prepared a party for him, in celebration of Lemon’s many years of service in making the citizens chuckle. On that day he wouldn’t have to wear his colourful clown suit. That day he would be dressed like anyone else; very elegantly in his suit, and everyone commenting on his smart appearance.

However, the night before, he had a look in his closet, and there wasn’t a single suit in good condition. They were all ripped and torn, with dozens of stitching marks. Lemon couldn’t possibly go to the party dressed in those. Well, Lemon was sharp and quick-witted, and he solved this problem by attending the gala celebration in his usual clown suit. That definitely amused the audience, but Lemon wasn’t as keen on it. He had dreamed of being, just for one day in
the year, the hero of the show, and not just the clown.

Very early the next day, Lemon replaced all those damaged old suits, and since then, he has looked after his clothes with great care. He realised that using short-term remedies ends up being no remedy at all. 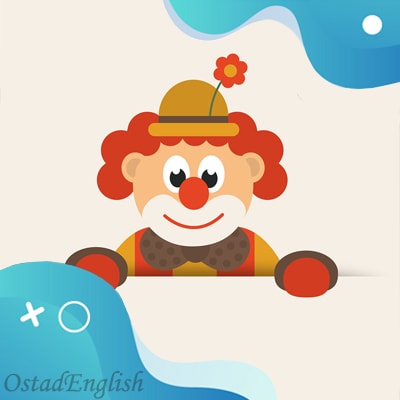