English short story: The Birth of the Turtles

Amanda was really excited. They had waited many days, but finally, that night, the baby turtles would hatch out on the beach. And her Daddy was going to take her to see them!

So, Amanda and her father got up when it was still dark, took their torches, and carefully made their way to the beach. Her father made her promise to respect the baby turtles, not to make any noise, and to do what he told her.

Well, Amanda was willing to do almost anything if it meant that she could go and see the turtles hatch. She didn’t really know what it would be like, but her older brother had told her that the turtles are born on the beach just a few metres from the water’s edge.

After hatching they quickly scuttle towards the sea. All that sounded very exciting to her.

Crouching quietly, by the light of only one of the torches on a low setting, Amanda and her Daddy waited. She looked all over, hoping to see Mother Turtle, and she almost saw the appearance of the first baby turtle.
It was so tiny!

It moved very clumsily, like most babies; and without waiting for either its brothers or sisters or mother, it started to scuttle towards the sea. Gradually, more and more baby turtles appeared, and all ran towards the water. Amanda and her Daddy stayed hidden and quiet, watching the wonderful spectacle of that crazy race to the sea.

But then something happened which, to Amanda, see horrible. Some seagulls and other birds arrived an started eating some of the little turtles. She kept lo everywhere to see whether Daddy Turtle would turn up give those birds a good hiding. But he never came.

Amanda was watching all this with tears in her eyes, and when the first group of baby turtles finally reached the water and were safe from the birds, she gave out a little cry of happiness.

Even with the birds eating quite a few little turtles, in the end many more reached the sea, and Amanda was very pleased that they had managed to do so.

On their way home, her father, who had noticed the tears in Amanda’s eyes, explained to her that turtles were born that way. Mother Turtle lays many eggs, hides them in the sand, and off she goes. When the baby turtles hatch out, they have to try to reach the sea on their own. That’s why so many are born, because lots of them get eaten by other animals, and not only on the sand, also in the water. He explained to her that the few turtles who manage to become adults live for many, many years.

Amanda was really glad to have learned so much about the turtles that night, but as they continued home all she could think of was how happy she was to have a family; happy that her parents and her brothers and sisters had helped her and cared for her so much right from the day she was born. 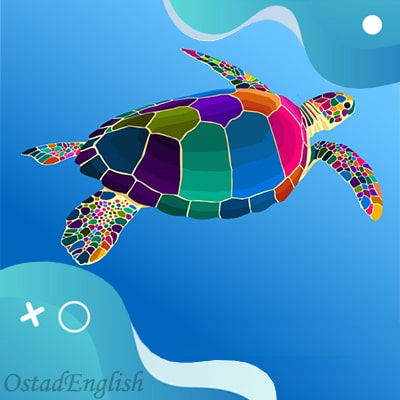