English story: Earth, Swallow Me Up!

They say that one time someone confused a boy’s chub red cheeks for two tomatoes. And when that person tried to pick the tomatoes he burnt his hand. And that was the least he could expect, because Alfie was the most easily embarrassed person you could imagine; and he greatly feared ridicule.

Even the slightest annoyance would turn his face as red as a chilli. And so it was, that one day something truly ridiculous happened to Alfie, something which almost made him explode with embarrassment.

He was with his friend Jamie, practicing for a play Jamie was going to be in: The Three Little Pigs. After a while spent rehearsing the play, Alfie remembered that he’d invited Dora to his house that afternoon. Dora was the sweetest, prettiest, cleverest girl in his class. Alfie ran straight to the playground, found Dora, and said to her,
“What do you reckon? Should we go to my place? I can give you a sausage sandwich…”

And just as he finished saying this, he realised that he had forgotten to remove the mask and costume of the little pig! Dora was speechless. Everyone in the playground started laughing, and poor Alfie, unable to react, just thought, “Earth, swallow me up!”

Suddenly, Alfie disappeared into the ground, and found himself in an incredible place. Everyone in that place had wanted the Earth to swallow them up! And it was no surprise at all, because the faces of the people there were all covered with expressions of utter embarrassment.

Alfie met an athlete who had run a race in the wrong direction, and had thought he had won it by a huge distance. He met a bald young lady whose wig had blown off during a storm, and he met a bride who had stepped on the train of her wedding dress, and ended up rolling about like a meatball.

Soon, Alfie found out that the only way to escape from that place was through laughter. But not just any kind of laughter; you could only escape by learning to laugh at yourself. It wasn’t easy, some folk had spent years there, under the Earth, refusing to find anything amusing about their own embarrassment.

But Alfie managed to overcome this, and learned how to find the humour in those moments of shame and embarrassment. He also learned to use them in a way that made others laugh, and bring them a little joy. When he remembered himself in the little pig mask, talking about sausage sandwiches with Dora, he couldn’t stop laughing at the whole situation.

As soon as he realised all this, Alfie was instantly returned to the playground, in front of Dora, just where he had left her. But this time, far from getting embarrassed and tongue-tied, he smiled at her, took off his little piggy mask, wiggled his little piggy bottom, and said, “Come on, cheer up! Today I have great ham in store!”

Dora and the others laughed, and from that day on AIG. became one of the funniest kids at school, able to make himself and others laugh at whatever happened to them. 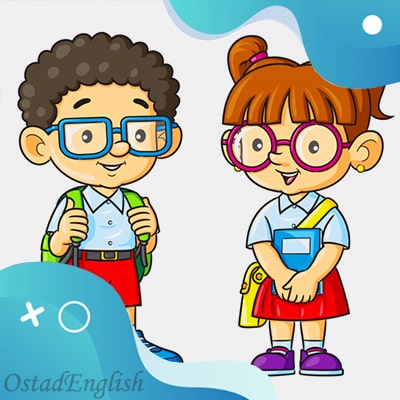