Once upon a time, the King’s two Princes were playing in a forest, and – meeting one at a time -, they came across four dwarves who asked them to be more careful.

The Prince who respected others did as the dwarves asked, but the disrespectful Prince ignored the dwarves’ pleas, and kept bothering them.

In the evening, both boys had become separated and lost. They needed to get back to the palace quickly.

Each of them separately came across the four dwarves again, and asked for their help. They refused to help the disrespectful Prince, but with the respectful Prince they did whatever they could to help, and took him along some secret tracks which led right to the palace.

The other Prince arrived much later, and was punished for it. He now understood that it’s much better to respect everyone if you want to have friends. 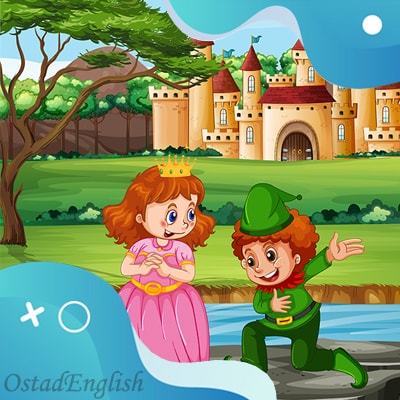