There was once a very unfair Prince, although he seemed like the perfect Prince: handsome, brave, and intelligent Prince Lapio gave the impression that no one had ever explained to him the nature of justice. If two people came to him over some dispute, expecting him to resolve the matter he would decide in favour of whichever one seemed most charming, or most handsome, or whoever had the best looking sword.

Tired of all this, Lapio’s father, the King, decided to get a wise man to teach his son about justice. “My wise friend, please take him away,” said the King, “and don’t bring him back until he’s ready to be a just and fair King.”

The wise man left by boat, with the Prince, but they suffered a shipwreck and ended up together, as the only survivors, on a desert island. There they had no food or water.

For the first few days, Prince Lapio, a great hunter, managed to catch some fish. When the old wise man asked him to share the fish with him, the young Prince refused. However, some days later, the Prince’s fishing became less successful, while the old man was managing to catch birds almost every day. Just as the Prince had done, the wise man refused to share his catch. Lapio got thinner and thinner, until he finally burst into tears and begged the wise man to share some of his food to save him from starving to death.

“I will only share them with you”, said the wise man, “if you show me you’ve learnt your lesson.” The Prince, having learned what the wise man was trying to teach him, said.”Justice consists of sharing what we have, equally.

The wise man congratulated him, and gave him some food.

That same afternoon a ship rescued them from the island. On their return journey they stopped a while by a mountain, where a man recognised the Prince, and told him: “I am Max, chief of the Maximum tribe. Please help us, we are having trouble with the neighbouring tribe: the Minimums. We both share meat and vegetables, and we argue about how to share them out.”

“Very easily solved,” answered the Prince, “Count how many of you there are altogether, and share the food in equal proportions.”

And so, he had already made good use of what the wise man had taught him.

But after saying this, came the sound of thousands of cries from the mountainside. A hoard or angry men came running over, and led by the chief, who had asked the question, they leapt on Prince Lapio, and took him prisoner.

Lapio couldn’t understand this at all. They threw him in a prison cell, and told him, “You tried to kill our people. If you don’t solve this problem by daybreak tomorrow, you will stay in prison forev.”

They had done this to the Prince because the Minimums were small and numerous, whereas the Maximums were enormous, but there were very few of them.

So the solution suggested by the Prince would have starved the Maximums to death.

The Prince understood the situation, and spent all that night thinking.

The next morning, when they asked him for a solution, he said: “Don’t share the food equally. Instead, share it out according to how much each person eats. Give people food according to their size.”

The Maximums liked this answer so much that they released the Prince, held a great party, garlanded him with gold and jewels, and bid him and the wise man a safe journey.

As they were walking along, the Prince commented, “I’ve learned something new. It is not fair to give the same to all. The fair thing is to share, but you must take people’s differing needs into account.”

The wise man smiled with satisfaction.

Already close to the palace, they stopped in a small village. A man of very poor appearance received them and made sure they were well attended. Meanwhile, another man, of similar poor appearance, threw himself to the ground in front of them, begging. A third, who seemed to be a rich man, sent two of his servants to tend to the Prince and the wise man, and provided them with what they needed. The Prince so enjoyed his time there that, on his departure, he presented the villagers with all the gold which the Maximums had given him. Hearing this, the poor man, the beggar, and the rich man, all ran up to the Prince, each one asking for his share.” How will you share it out?” asked the wise man, “the three are very different, and it looks like the one who gives away more gold is the rich man…”

The Prince hesitated. The wise man was right. The rich man had to pay his servants, he was the one who had spent most gold, and he had looked after them well.

However, the Prince was starting to develop a sense of justice, and something told him that his first conclusion on this matter was not sufficient.

Finally, the Prince took his gold and made three piles: one very big, another medium sized, and the last one small. In that order he gave them to the poor man, the rich man, and the beggar. Saying his goodbyes, the Prince set off with the wise man, heading back to the palace.

They walked in silence, and when they reached the palace gate, the wise man asked: “Tell me something, young Prince. What does justice mean to you?”

“I think justice lies in sharing, taking into account necessities, but also the merits of the individual.”

“Is that why you gave the smallest pile to the troublemaking beggar?” asked the wise man, contentedly.

“Yes, that’s why. I gave the big pile to the poor man who looked after us so well. In him I saw both necessity and merit, since, he helped us all he could, despite being poor. The medium pile was for the rich man. Even though he attended to us wonderfully, he really did not have much need for more gold. The small pile I gave to the bothersome beggar because he did nothing worthy of reward. However, given his great need, it was also right to give hive something to live on.” explained the Prince.

“I think you’ll be a fine King, Prince Lapio”, concluded the wise man, embracing the Prince.

And he was right. From then on, the Prince became known throughout the kingdom for his fairness and wisdom Some years later, his ascent to the throne was celebrated by all. And so it was, that King Lapio became remembered as the best leader the kingdom had ever had. 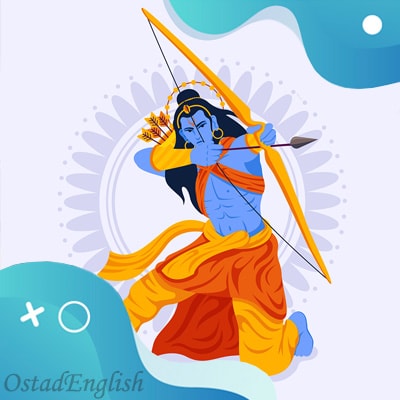