Once upon a time there was a terribly untidy Prince who always ignored his parents when they asked him to clear up his mess. The neighbouring kingdom’s Princess – who he was secretly in love with – organised a lavish ball, and invited all the Princes from nearby lands. The untidy Prince was excited, and prepared himself with great care. However, on the day of the ball, his room was so messy that he couldn’t find his invitation. He searched desperately, but it was nowhere to be seen. So he decided to tidy up his whole room. Fortunately he found his invitation on the table.
However, when he finally arrived at the ball, he was late and everyone had left.

The Prince was distraught, and had most definitely learnt his lesson.

But not everything was bad luck.

The Princess had not found a boyfriend at the dance, and a while later she threw another party. This time, because he had everything well organised, the Prince didn’t lose his invitation. He got to the ball on time, and met the Princess, who fell head over heels in love with him. 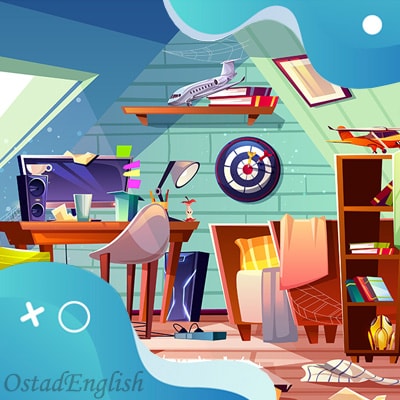