Lola the Whale was big – very big -, and lonely – ver lonely. For years she had wanted nothing to do with anyone and she had become sadder and sadder. Whenever anyone tried to get close to her and cheer her up, Lola would move off.

Many thought that she was the most unpleasant whale in the world, and they started ignoring her. They did so, despite the fact that old Turga, a hundred year-old sea turtle, told them that Lola had always been a good, kind whale.

One day, Dido, a young dolphin, heard the whole story, and decided to secretly follow the whale. She found out that Lola behaved very strangely. The whale would beat her mouth against the rocks, endanger herself by swimming between the biggest waves and the coast, and go to the seafloor and eat sand. No one knew it, but Lola had terribly bad breath because a little fish had got trapped in a corner of her mouth. This problem embarrassed Lola so much that she didn’t dare to speak to anyone. When Dido realised this, she offered to help, but Lola didn’t want to bother her with her bad breath. Nor did she want anyone to find out.

“I don’t want them to think I have bad breath,” said Lola.
“Is that why you’ve spent so much time away from everyone?” answered Dido, unable to believe it. “They don’t think you’ve got bad breath, they think you’re unpleasant, boring, and ungrateful, and that you hate everyone. Do you think that’s better?”

Lola realised that her pride – her exaggerated shyness, and not letting anyone help – had created an even greater problem. Full of regret, she asked Dido to remove the remains of the fish in her mouth.

When this was done, Lola began speaking to everyone again. However, she had to make a big effort to be accepted again by her friends. Lola decided that never again would she fail to ask for help when she really needed it. 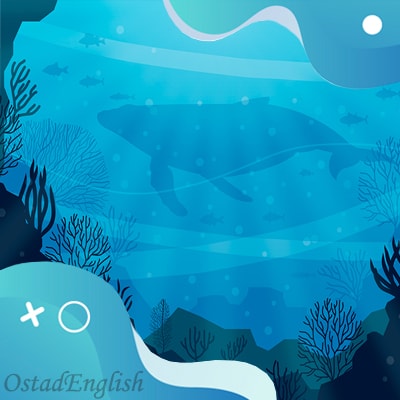