There was once a boy who had two naughty little toy men. One day, one of the little men saw a lovely box of matches in the kitchen, and took them – despite knowing that it wasn’t a toy and could be dangerous.

The two toy men took advantage of the boy’s absentmindedness, and quickly took a match and hid it in the car in which the boy usually put the men in to play. Later, the boy went to the playground with his car, but when he was there the end of the match stuck out of the car window and scraped against a stone. The match ignited and the car began to burn. Fortunately, the boy’s mother was nearby and she managed to quickly put the fire out. However, they couldn’t save the part of the car in which the two little men were sitting. They were burnt and partly melted onto the car seat.

Now they could never leave that car again. The boy got a real fright, and understood why his mother never let him play with matches and other dangerous things.

And there they remained, trapped forever, those two little toy men. And now,whenever they see the boy about to do something dangerous they try to get his attention, to warn him of what happens when we play with fire. 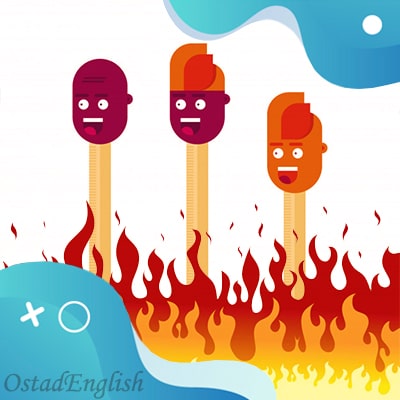