Every month Julia and her cousins would go for the big family meal at their grandparent’s house. They would always wait excitedly for the moment their grandfather would give them a few coins,” so you can buy yourself something.” then all the children would run off to buy chewing gum, lollies, or wine gums. The grandparents, aunts, uncles, and parents commented that, behaving like this, the children would never learn to manage their money. So they proposed a special test, in which the children would have to show, over the course of a year, just what they could manage to get with those few coins.

Some of the children thought that they would save their money, but Roben and Nico, the two smallest kids, paid no attention, and they continued spending it all on sweets.

Every time, they would show off their Sweets in front of the other children, laughing and making fun of their cousins. They made Clara and Joe so angry that these two could no longer stand to keep saving their money. They joined Ruben and Nico in spending whatever they had, as soon as possible, on sweets.

Monty was a clever boy, and he decided to start managing his money by exchanging it: buying and selling things, or working with other children. soon he had surprised the whole family. He had accumulated a lot of money for little effort. The way he was going, he would end up almost a rich man. However Monty was not being very careful, and he got involved in more and more risky deals. A few months later he hadn’t single penny left, after placing a losing bet on a horse race.

Alex, on the other hand, had a will of iron. He saved and saved all the money he was given, wanting to win the competition, and at the end of the year he had collected more money than anyone. Even better, with so much money, he managed to by sweets at a reduced price, so that on the day of the competition he was presented with enough sweets for much more than a year. And even then, he still had enough left over for a toy. He was the clear winner, and the rest of his cousins learnt from him the advantages of knowing how to save and how to wait.

There was also Julia. Poor Julia didn’t enjoy the day of the competition because even though she had had a wonderful secret plan, she had sent her money without giving her plan enough time to work. However, she was so sure that her plan was a good one, that she decided to carry one with it and maybe change the expressions on her relatives faces, who had seemed to be saying” What a disaster that girl is. She couldn’t manage to save anything.”

When she was about to complete the second year of her plan, Julia surprised Everyone by turning up at the grandparents’ house with a violin and a lot of money. What was even more impressive what hearing her play. She did it really well.

Everyone knew that Julia abored the violin, even though the family couldn’t afford to pay for her to have lessons. So Julia had got to know a poor violinist who played in the park, and she offered him all the coins her grandfather had given her, if he would teach her how to play. Although it wasn’t much money, one seeing Julia’s excitement, the violinist agreed, and the taught her happily for mouths. Julia showed so much desire and interest that a little after a year the violinist loaned her a violin so they could play together in the park, as it duo. they were so successful that gradually she managed to buy her own violin, with quite a bit of money to a spare.

From then on, the whole family helped her, and she became a very famous violinist.

And she would always tell people how it was possible, with just a few coins well spent, to make your wildest dreams a reality. 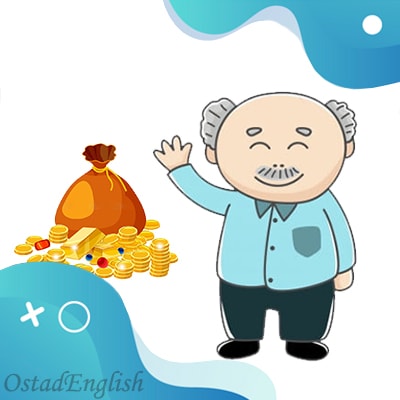 a lot of money