داستان کوتاه درخت و سبزیجات : The Tree and the Vegetables

Once upon a time, there was a lovely vegetable patch, on which grew a very leafy tree.Both the patch and the tree gave the place a wonderful appearance, and were the pride and joy of the garden’s owner. What no one knew was that the vegetables in the patch and the tree couldn’t stand each other. The vegetables hated the tree’s shadow, because it left them only just enough light to survive. The tree, on the other hand, resented the vegetables because they drank nearly all the water before it could get to him, leaving him with just enough to survive.

The situation became so extreme that the vegetables got totally fed up and decided to use up all the water in the ground so that the tree would dry up. The tree answered back by refusing to shade the vegetables from the hot midday sun, so they too began to dry up. Before long, the vegetables were really scrawny, and the tree’s branches were drying up.

None of them suspected that the gardener, on seeing his vegetable patch deteriorating, would stop watering it. When he did that, both the tree and the vegetables really learned what thirst was. There seemed to be no solution, but one o the vegetables, a small courgette, understood what was going on, and decided to resolve it. Despite the little water available, and the unforgiving heat, the little courgette did all he could to grow, grow, grow…

He managed to grow so big that the gardener started watering the patch again. Now the gardener wanted to enter that beautiful big courgette in some gardening contest.

And so it was that the vegetables and the tree realised that it was better to help each other than to fight. They should really learn how to live in harmony with those around them, doing the best they could. So they decided to work together, using both the shade and the water in the best combination to grow good vegetables. Seeing how well they were doing, the gardener now gave the best of care to his vegetable patch, watering and fertilising it better than any other patch for miles around. 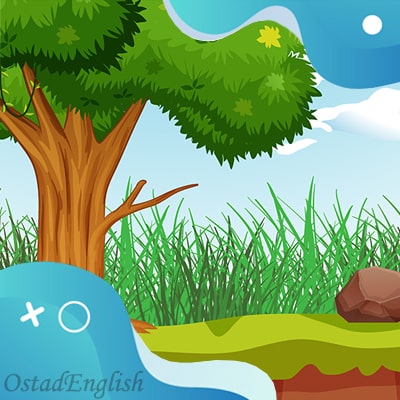 patch and the tree

the shade and the water